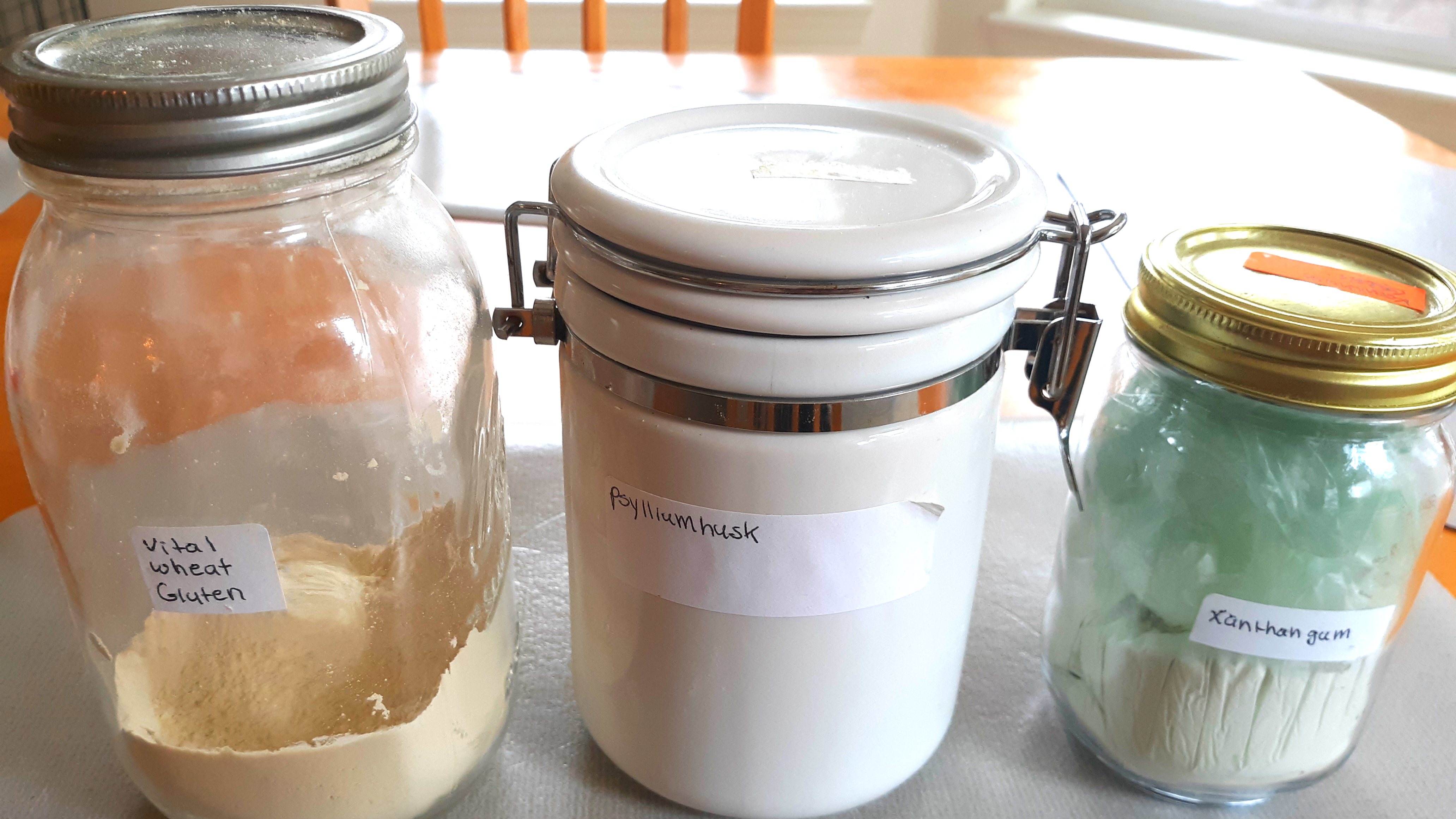 Gluten free flours can be very frustrating to learn to bake with. Baked goods made with gluten free flour can look great, and smell great but when cooled those same baked goods turn into a pile of dry crumbs when eaten.

White and wheat flours all contain gluten. Gluten when it comes in contact with liquid turns into glue. The “glue” is what holds baked goods together after the baked goods are baked. Binders, when left out will result in baked goods that are dry, gritty and eventually fall apart once completely cool.

What Is Wheat Gluten

Wheat gluten is a natural protein found in wheat berries, which are the basis for wheat flour.

How Does Vital Wheat Gluten Work

Wheat gluten works the same as the gluten in wheat or white flour because that’s exactly what it is. Pure gluten. Wheat gluten, contacts with liquid and the gluten becomes sticky thus “gluing the baked goods together. So when the baked goods are cooled they turn out soft and moist without falling apart.

What’s The Best Way To Use Vital Wheat Gluten

The recipes that are best to use wheat gluten in are bread recipes or any recipe that requires yeast. Gluten besides making dough stick together also gives the dough stretch. Dough elasticity is essential when making a recipe like bread or something needing lots of lift.

Wheat gluten is great and the most obvious way to “fix” gluten free flour. But it definitely is not the only answer to binding gluten free baked goods together. Gluten sensitivity or being allergic to wheat products are big problems today. As a result, wheat gluten would not be the answer. But don’t worry, there is still hope to have great gluten free/ low carb baked goods

Another binder for gluten free baked goods is psyllium husk powder. Psyllium husk powder is another gluten substitute that not all people can tolerate. Pyllium husk for years has actually been used as a natural laxative but it would have to bee taken in larger amounts. For this reason psyllium husk powder needs to be used in moderation. Recipes only need about 2-4 tablespoons depending on the recipe

What Is Psyllium Husk Powder

Psyllium husk powder is made by grinding the husks of the seeds from a plant called plantago ovata. The plantago ovata is also known as Indian wheat and is native to the southwestern part of the United States.

How Does Psyllium Husk Powder Work

Just like wheat gluten psyllium husk powder turns gummy when it comes in contact with the liquid in a recipe. Therefore it acts as the glue binding the baked good together.

What’s The Best Way To Use Psyllium Husk Powder

Psyllium husk powder can be used in just about any recipe as long as there is not a lot of lift required for rising. Again gluten free recipes will not rise the same way as gluten recipes because they lack elasticity. Also psyllium husk powder, when not fully mixed in can become gritty.

The recipes that are best for psyllium husk powder are pasta dough, tortillas, quick breads or other recipes with a bread like texture.

What Is Xanthan Gum

Xanthomonas campestris is combined with the glucose that comes from corn. The bacteria is then fermented and ground into powder and we know it as xanthan gum.

Xanthan gum works the same way gluten and psyllium husk do. When xanthan gum comes in contact with liquid xanthan gum becomes sticky and makes the ingredients stick together. Thus baked goods are soft and moist.

How To Use Xanthan Gum

Just like psyllium husk powder xanthan gum is great to use in any recipe. But also like psyllium husk powder, xanthan gum must be used in moderation. Xanthan gum should only be used a tiny bit in a recipe or everything will end up a sticky mess. Half of a teaspoon is all you need for every cup of gluten free flour. Yeast recipes only require no more than one teaspoon for every one cup of gluten free flour.

The recipes that work best with xanthan gum are baked desserts such as cakes and cookies. The texture that xanthan gum turns into once it is blended with the liquids is what makes it great for adding moisture to baked desserts.